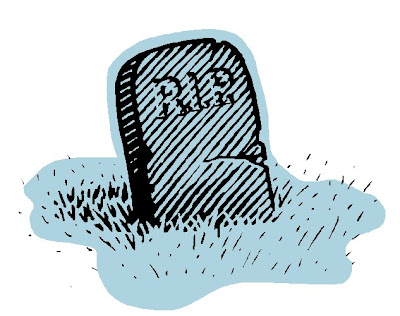 THE WRITING ON THE VIRTUAL WALL

It is time for the film industry to face the music. Or rather, to face the crisis that has plagued the music industry for many years: the Internet crisis. You may think that this crisis has already hit home and that this is very very old news, with pirated DVDs sold in subways for a few dollars and the rise of Bit Torrent sites allowing free downloads of entire films. But that was just the beginning.

The truth is that for years the film industry has been relatively sheltered from the crippling effects of the Internet by the difference in quality between a store bought DVD watched on a good TV and the often grainy low quality of a downloaded video (illegal or legal) on a small computer monitor. For the average user, a downloaded song sounds the same as a store bought CD when played on a computer with decent speakers, while video has in the past looked different enough that they will begrudgingly pay the whopping $26 for a DVD.

Well that time has passed. Two recent articles in the New York Times caught my attention this week. The first was on the rush of PC companies to create smartphones. According to the article, these new smartphones will soon stream high definition movies to your TV. Add to this the recent article on Roku (a box that sits next to your TV and streams videos). Roku was originally released as a means by which Netflix users could watch a moderate library of 12,000 (mostly old) movies streamed from the Netflix site on their TVs. And at a mere $99, it was a great deal for Netflix users who wanted on demand service but wanted to watch movies on their TV rather then their computer. Now, Roku has the ability to stream Amazon.com movie rentals ($1 for 24 hrs, $15 for unlimited) and TV shows directly to your TV. You don’t even have to connect to your computer first!

What do these small devices mean for the film industry? To put it simply: the DVD is dead. What really is a DVD anyway? It is merely a storage device for a file that is the movie. If you can download that file, or turn on your TV and click on that file, then why wouldn’t you? Now that technology is being developed that enables you to watch whatever movie you want on your TV, when you want, without missing out on quality, the film industry is going to have to seriously rethink their business model.


MOVING USERS ONTO THE HIGH ROAD

Some may say, that if these high quality files are so easy to find, that Internet piracy will just run rampant and kill the film industry. This is a definite possibility, but it is a possibility that is actually very easy to avoid.

I believe that people do not want to steal movies or songs. I am speaking here of regular people, not techies. Those with large technical know-how, especially younger techies who have grown up with programs like Napster (and have probably never paid for a CD in their life), for whom file-sharing comes as easy as breathing, will forever balk at the idea of going through some legal channel. They are not like “older” techies who still value having a record/CD collection to display on the shelf. I also believe that the average user is fundamentally lazy, and is willing to pay a certain amount for ease.

What is so brilliant about Roku is that it provides an easy way for users to get what they want legally. Thus it allows users to be both lazy and legal. Netflix users pay on average $14 a month and can have unlimited access to DVDs (provided they keep sending them back) and the online film library. Is going online to download films illegally, and then having to plug your computer into your TV (assuming you have the technical knowledge to do all this), really worth saving $14 a month? Or even better, worth saving the $1 it costs to watch a movie from Amazon rentals? Gone are the days of driving to the nearest video store to buy expensive DVDs. Gone are the days of the DVD.

So how is the film industry, in particular the studios, going to face the extinction of this major revenue source? In order to see how to proceed, the film industry needs to learn the lessons of the music industry.


THE SUCCESS MODEL OF ITUNES

Many had predicted that the music industry would be completely over when file sharing took off: That there was no way to stop Internet piracy. No matter how many times you shut down a Napster, they argued, another illegal platform would spring up in its place. And yet how do we explain the success of something like iTunes? Why would anyone pay for a service that is free elsewhere?

The genius of iTunes is firstly that it makes people’s lives easy at a low enough cost. In other words, the ease that is gained by using iTunes versus seeking out torrents etc, is worth the price that is charged to download a song.

Even more importantly, iTunes is not merely an online music store but a platform by which all your media needs can be taken care of. Hook your ipod up and immediately have all your songs on the go. Have all your radio podcasts downloaded immediately as they become available. Throwing a party? Simply plug your ipod into one of the many Apple designed speaker systems. Apple has created an iTunes universe full of different media related products. The glue of this network is iTunes.

Granted, the few cents the industry gets for every song downloaded is not much compared the millions it made selling records and CDs. But Apple is rolling in profits with sales of its products. iTunes saw an opportunity and revolutionized the music industry in its favor. So while the major music labels may be hurting and glaring at iTunes, there are definitely still profits to be had.

In other words, people want services, they want their lives to be easy. And there is a certain price they will pay for this. iTunes, so far, has gotten this balance right.


WHAT THE STUDIOS NEED TO DO

The film industry needs to either “beat em or join em.”

iTtunes already allows users to download selected movies. But these still have to be watched on your computer. That is unless you buy Apple’s version of Roku, appleTV, and stream all of this to your TV. Netflix and Amazon via Roku offer a similar service. Tivo, in addition to its TV on demand services now offers Netflix, Amazon and Jaman, yet another movie downloading service specializing in independent films. So far the only thing that stands in the way of these companies revolutionizing the film world in their favor is the fact that studios still control copyrights and in the case of Netflix for example, refuse to allow the site to stream new releases. In the case of Apple TV, new releases are only available 30 days after the DVD is released.

So the studios could simply join forces with one, or all of these online platforms. They could release their libraries to Netflix and Amazon and iTunes. But in this scenario who would truly end up in the black? Remember that Netflix etc need to keep their costs down in order to provide cheap enough access to their services. Are they really going to pay the studios the big bucks? Will Netflix be willing to pay what the studios make from DVD sales? Even if the studios charged all these platforms royalties, would it come close to DVD sales? Just as with the music industry, this would probably lead to big bucks for iTunes and other platforms and pittances for the industry itself.

The other option is for the studios to quickly create their own platform. Their own products, their own Internet film universe.

I envision a time in which I can switch on my TV (which no longer needs a box to connect to the internet, sorry Roku!) and with one click of my remote (or cell phone/remote) watch whatever movie I want in HD. And I don’t want to have to pay for HD cable or specific on demand channels. I want one service, one bill and no hassle. If I am at a hotel traveling, I want to be able to log onto this imaginary platform and still be able to watch the film I was watching on the hotel TV, maybe even from the moment I left off. I want access to information on actors, behind the scenes footage, interviews, right after I watch a film. I want subtitles in whatever language I want! And if it’s not too much to ask, how about a portable movie projector that can log in from anywhere and stream any movie I want: a true mobile movie theater! The more I think about it, the more services I can think of that this new platform could provide.

And for those who still doubt the death of the DVD; those who hold up as evidence the slice of the movie buying audience who purchase DVDs for the special features: What I want to know is why this content is not already free. The people who are willing to pay extra for these special features are the very people most able to help the industry advertise their films, and in the future, their platform. Bloggers already embed grainy Youtube versions of trailers and interviews into their film reviews. Why not give them HD quality content to help spread the word? Easy free access to embeddable special features would be yet another great service the film industry could add to their platform. What better way to top off a new business plan than with free advertising.

The film industry still has a bit of time. Roku and other devices are still new. “Streaming” video is still no HD quality. And the smartphones of the future are still in the future. But this window of time is very short. The studios need to act quickly and get creative if they are going to continue to be the titans of the industry. As with the music industry, there are profits to be made, the question is: who will capture them?

special thanks to M.Dawson.
Posted by Lixian at 10:22 PM

I absolutely agree with this, and wish they would!! Unfortunately, Hollywood is not known for creative thinking of any kind. Let them rot, I say -- they deserve to if Darwin is to be believed.
As for indie film makers, I think this avenue of potential distribution is encouraging. Even though the major studios simply can't/won't/don't understand the capitalizing allure of "the new", I really hope Roku does...