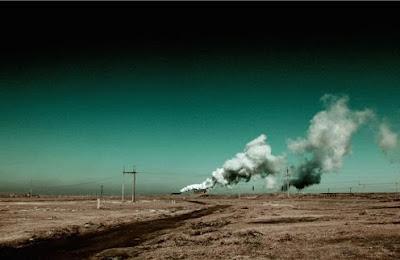 A few months ago, I saw City Lights for the very first time. Now I have to admit that I don’t really find Chaplin all that funny (sacrilege I know!), I am more of a Groucho Marx type, but there is no denying that the film itself is wonderful. It is also, surprisingly devastating. Chaplin’s hobo character pretends to be a rich suitor to cheer up the blind flower seller he is in love with and yet you are left wondering if she will still love Chaplin once his true identity is revealed. Yet through all the pain that Chaplin endures in the film, he never once falters in his mirth. A friend of mine once defined the best tragedies as ones where you laugh the whole way through. Chaplin, with his never-ending playfulness, seems to embody this idea within himself.

Well these days the world seems destined for tragedy. Everyone keeps tossing around the phrase “Great Depression” and all I can think is that we need our Chaplin. Who is going to get us through this? Well…(drumroll) I am happy to announce that I have found that Chaplin in the most unexpected of places, in a little film called Jalainur, set in a small coal-mining town in Inner Mongolia.

Jalainur, director Zhao Ye’s second feature and winner of the Fipresci prize at Pusan in 2008, follows two train engineers who work transporting coal. The older engineer Zhu, is about to retire after decades on the job and return home. His young apprentice Zhizhong follows him around on his last few days on the job. Their friendship and sadness at their impending separation is set against a breathtakingly beautiful and desolate landscape. It is truly unreal. Go see this film for the landscapes alone.

I saw this film at the Hong Kong International Film Festival and Zhao Ye was there. He said that he was inspired by the Chinese proverb: “Even if I could follow you for thousands of miles, we would still have to part.” I really cannot do a better job of summing up this film than that. And it is a credit to Zhao Ye that the finished product is so close to the initial inspiration.

And it is the character of Zhizhong, played by university student Liu Yuan-Sheng who is the Chaplin we have been waiting for. Imagine a Chinese Harpo Marx: he hardly ever says anything in the film. Often he is seen playing with the few village children for whom he is a kind of amusing clown. His life is hard and mundane and yet he approaches it all with a childish glee. Standing on a pile of coal that is being carted along the train tracks, he revels in the wind and surrounding landscape, happy to perform his daily duties. When faced with the prospect of being left behind by Zhu, his colleague and best friend, he follows him for as long as he can. His quest feels less epic and more playful. Even the sight of standard sesame balls being sold on the street outside the train station seems to fill Zhizhong with wonder.

Watching the film, I couldn’t help thinking, that like Chaplin, the character of Zhizhong embodies a view of the world that I wish I had. A view that I think we need more of these days. A view that gives us the ability to laugh through…anything.


Jalainur is a special film. If it shows anywhere near you, go see it. It is not a perfect film, the use of digital is sometimes a little rough and some shots are perhaps unnecessary and overly thought out. But that being said, it has been a long time since I felt so excited and surprised by a film.
Posted by Lixian at 8:55 PM

Based on your thoughtful article, I will be looking to see "Jalainur".